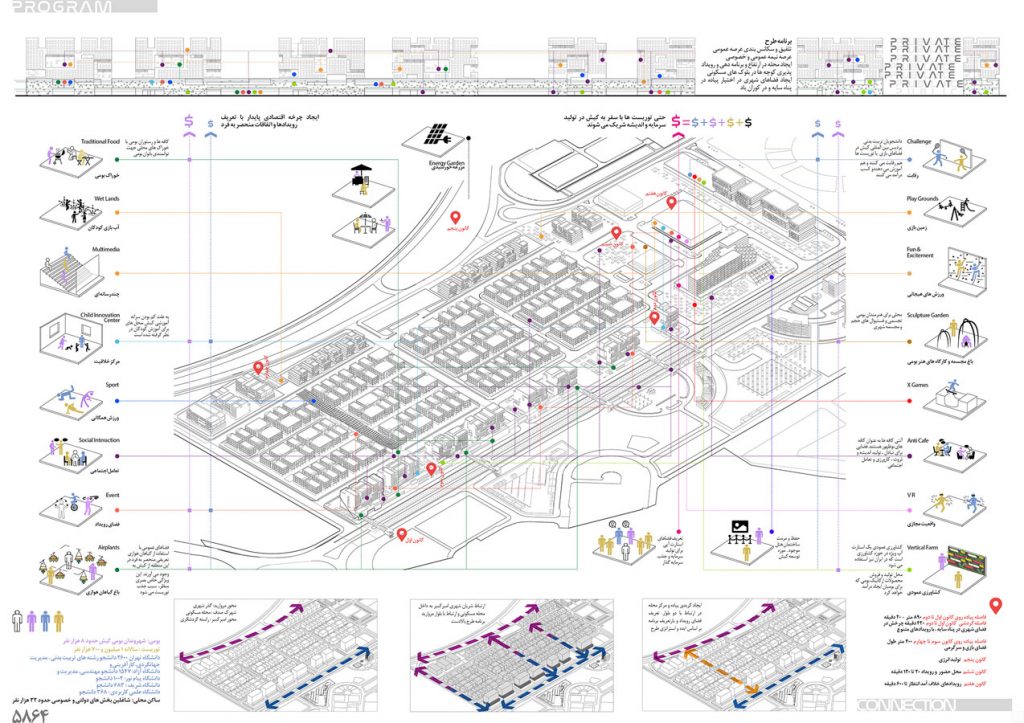 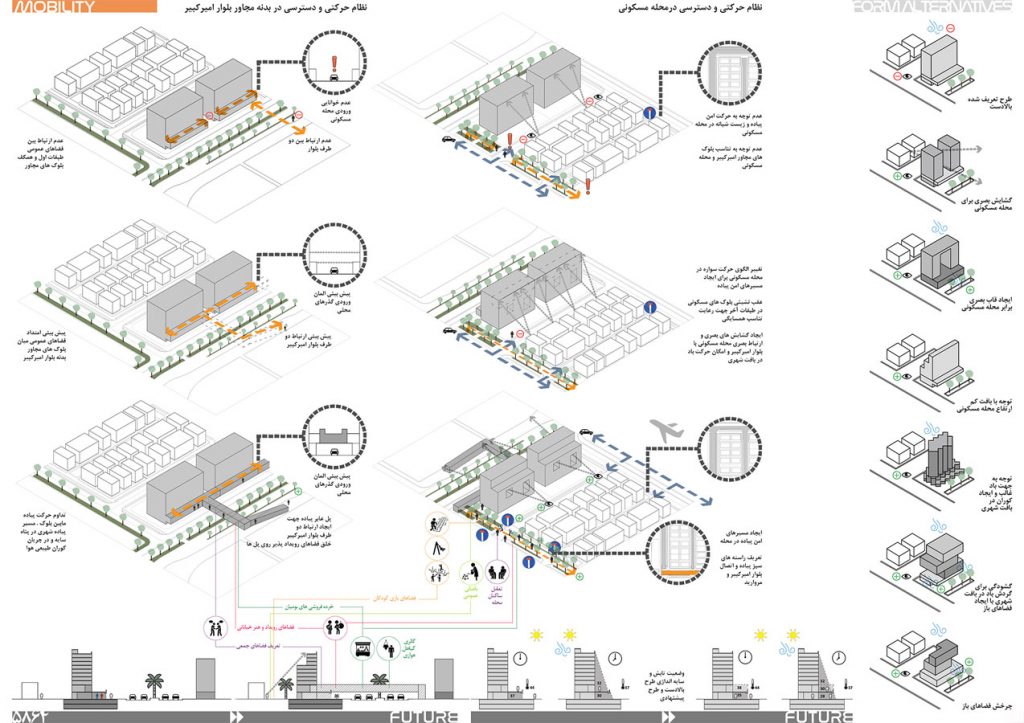 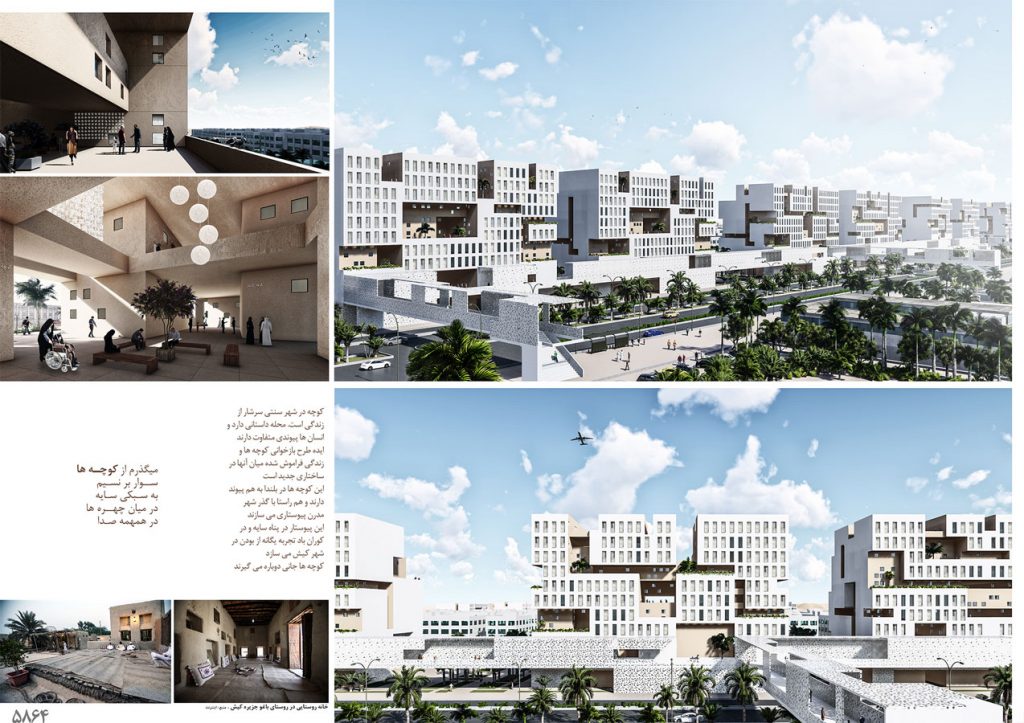 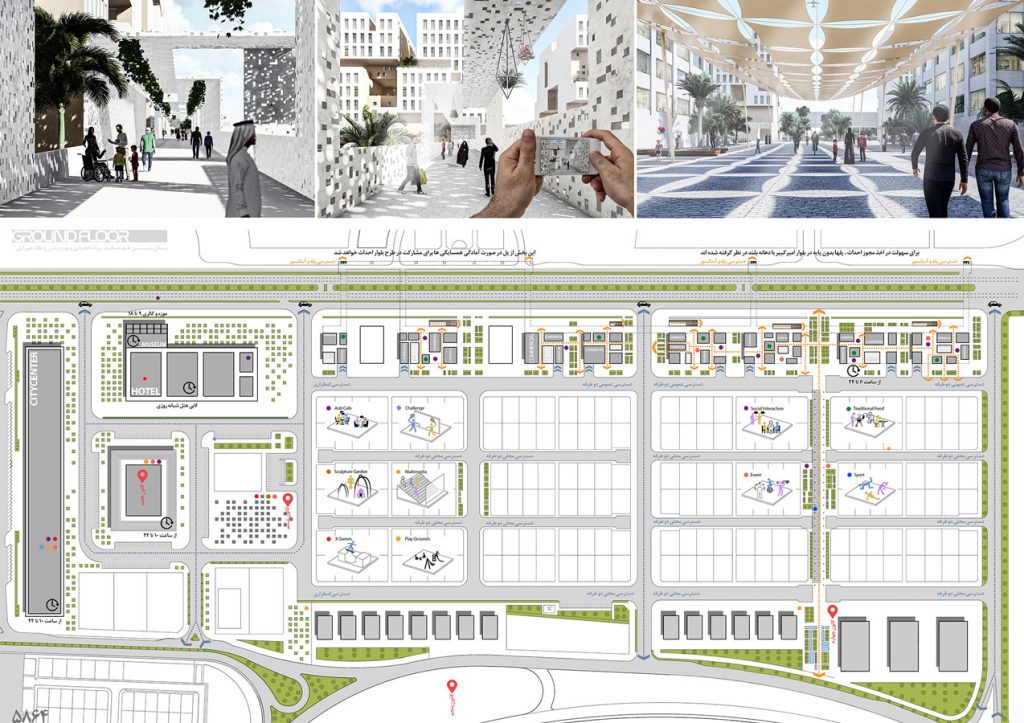 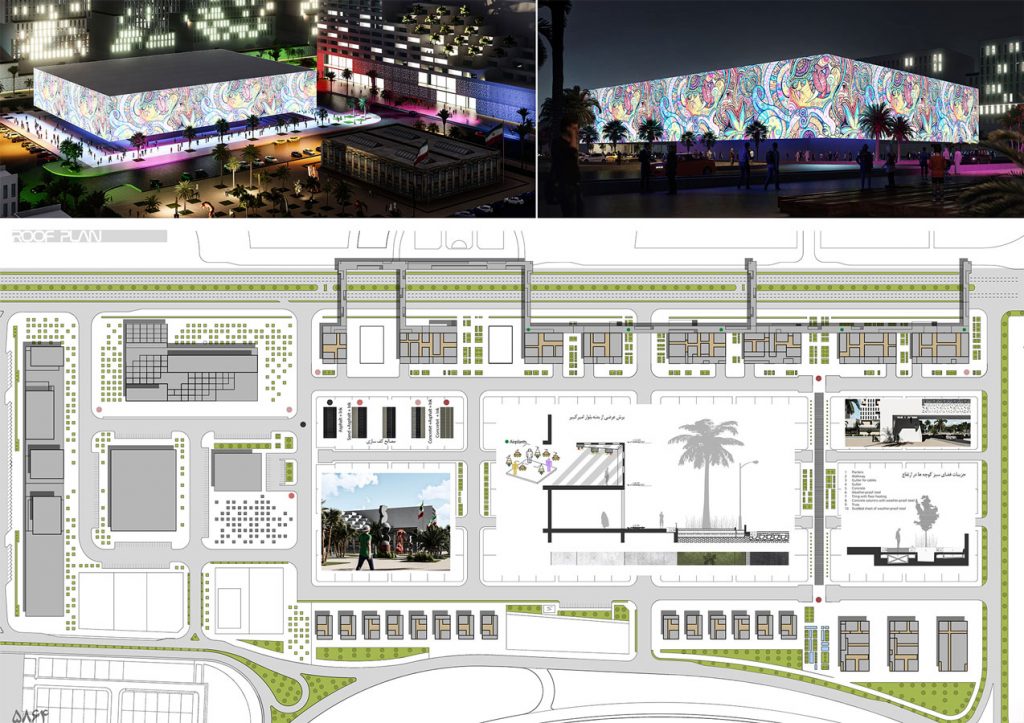 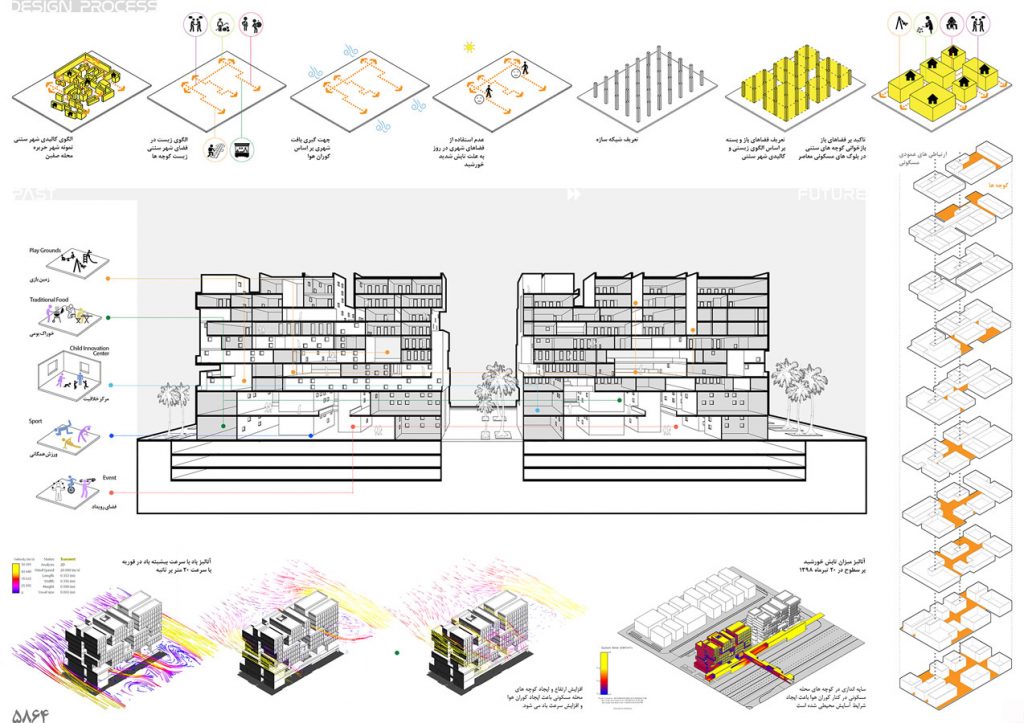 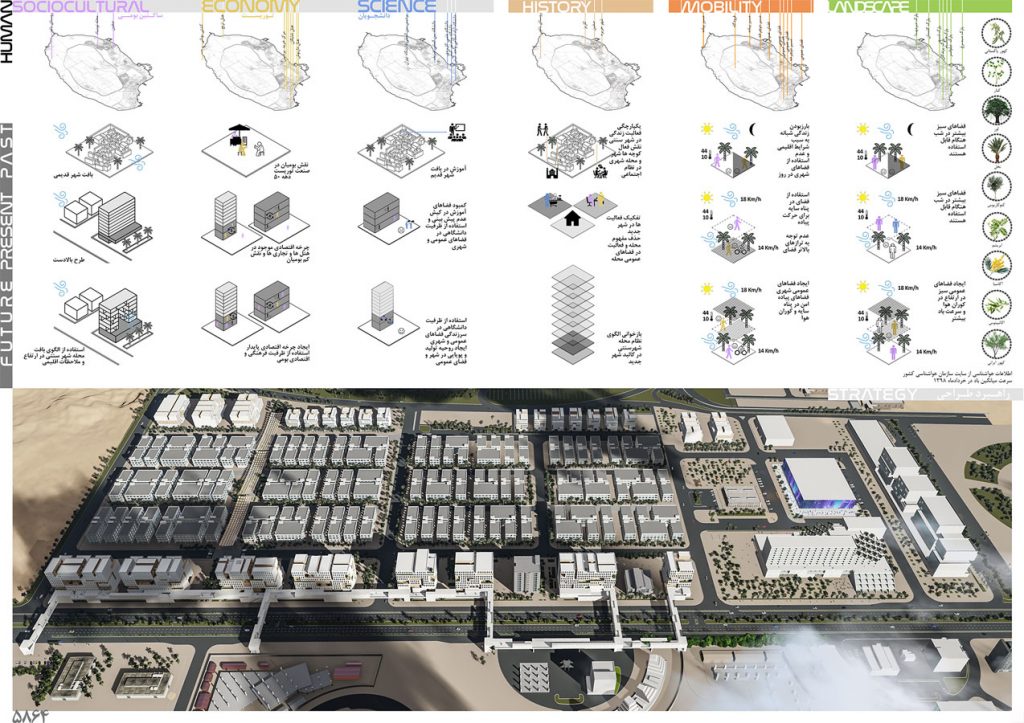 The urban design of kish island, Amirkabir Boulevard and Morvarid Boulevard is based on a re-reading of the native pattern of Kish architecture and attention to the climate of the island. Kish architecture in the present era can be a re-reading of the traditional patterns of Kish Island before its rapid development. This project has won the first competition in a limited urban design competition held by the Kish Free Zone.

The architecture of Kish as a historical island has based on climatic conditions and cultural context in the geographical area of ​​southern Iran. However, the rapid development of Kish from a native island to a resort in the late 1970s has changed its architectural identity. Kish architecture in the second Pahlavi era, due to the presence of mostly French companies, has been modern concrete structures with a partial modeling of traditional Iranian architecture. Attention to the climate of Kish and the wind, shading and attention to the terrace and outdoor spaces can be seen in the urban design of Kish at that time.

The alley in the traditional city is full of life. The neighborhood has a story and people have different connections, the idea is to re-read the alleys and the forgotten life between them in a new structure. These alleys connect at high altitudes and form a continuum with the passage of the modern city. This continuum in the shelter of the shadow and the blinds of the wind, makes a unique experience of being on Kish Island. The alleys are reviving. The main idea in the urban design of Amirkabir and Morvarid Boulevards was based on a re-reading of this pattern in a modern structure. According to this idea, Kish architecture in the present era is a re-reading of Kish native architecture before its development. This design idea is formed by using the architectural elements of Kish and paying special attention to the basics of climatic design to create more climatic comfort. 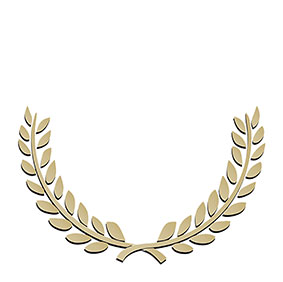 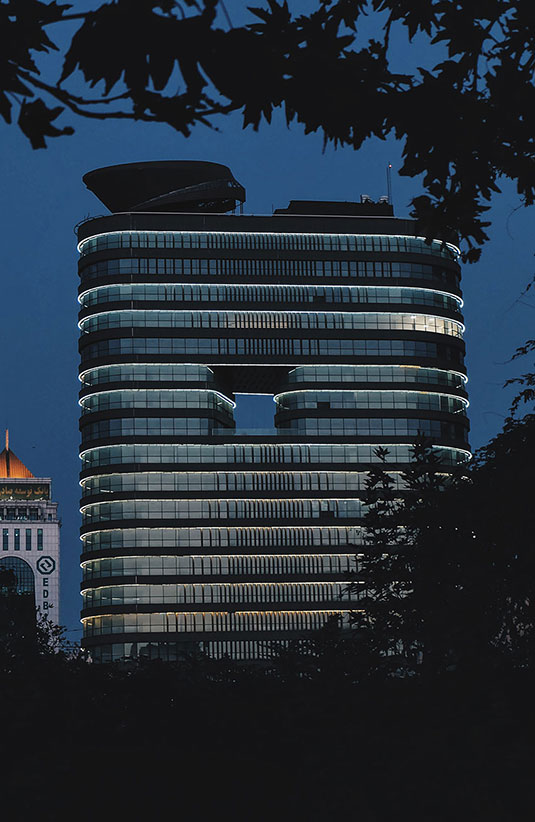 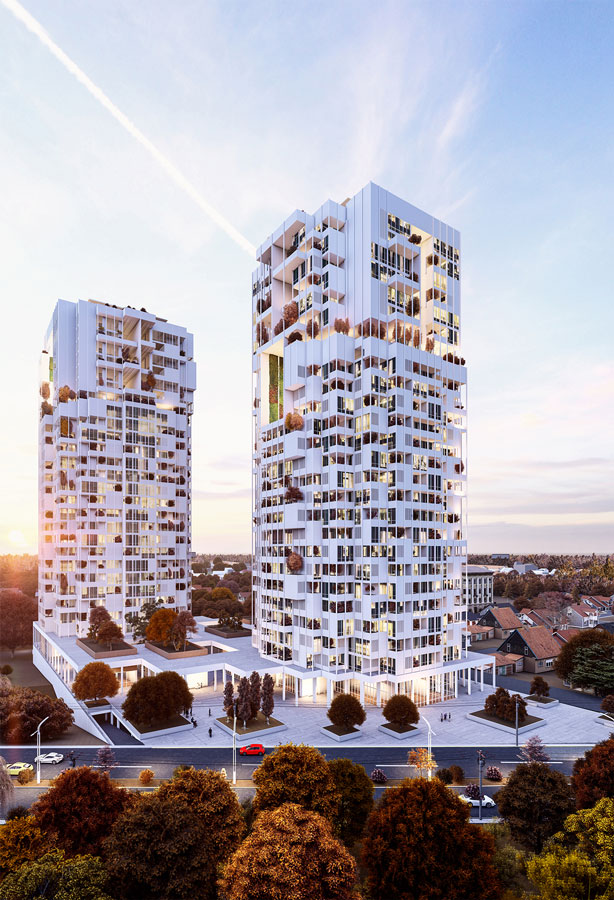