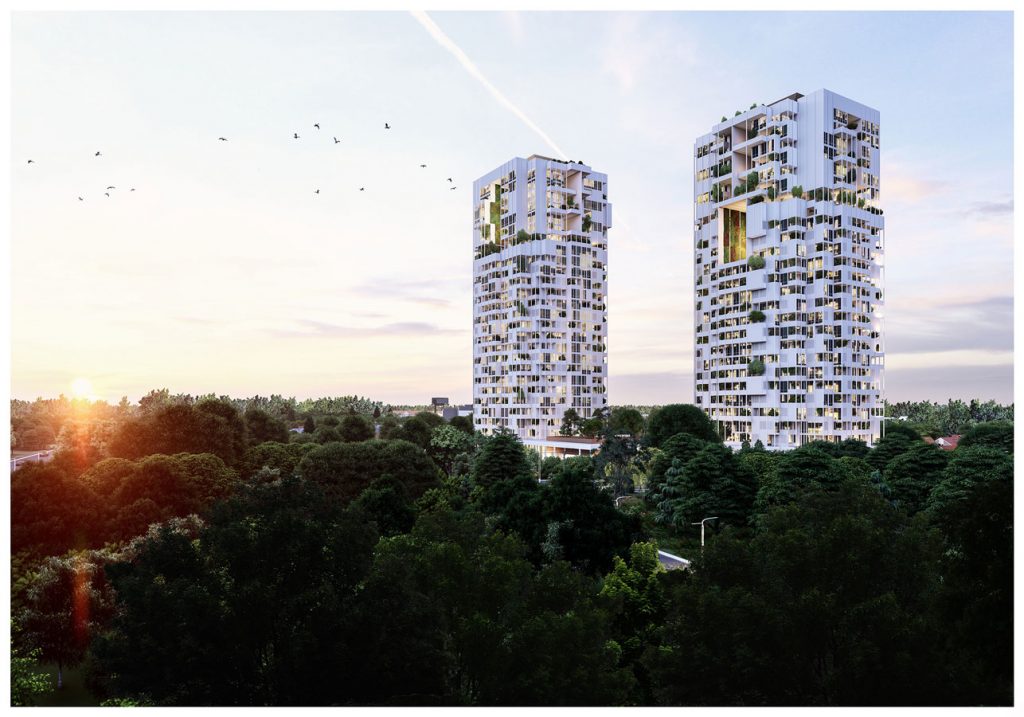 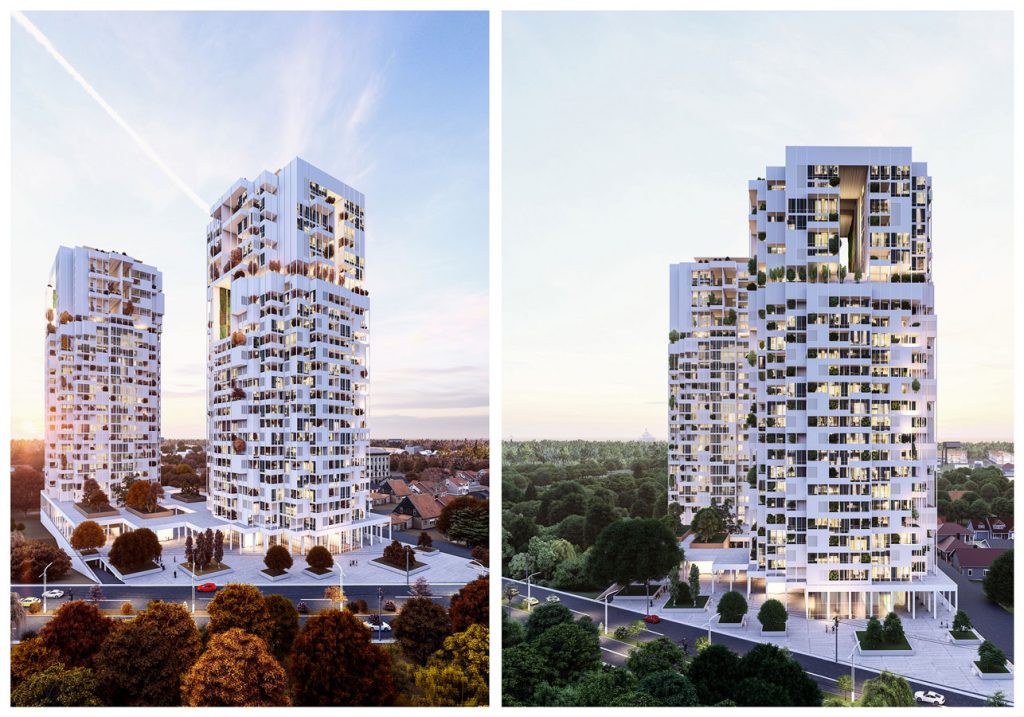 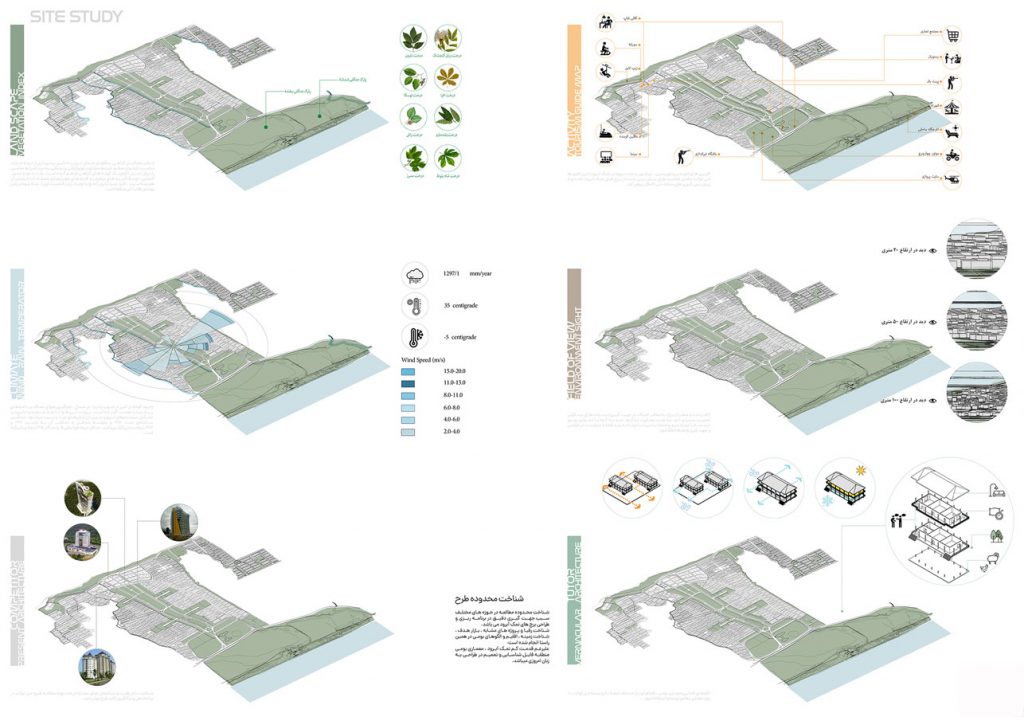 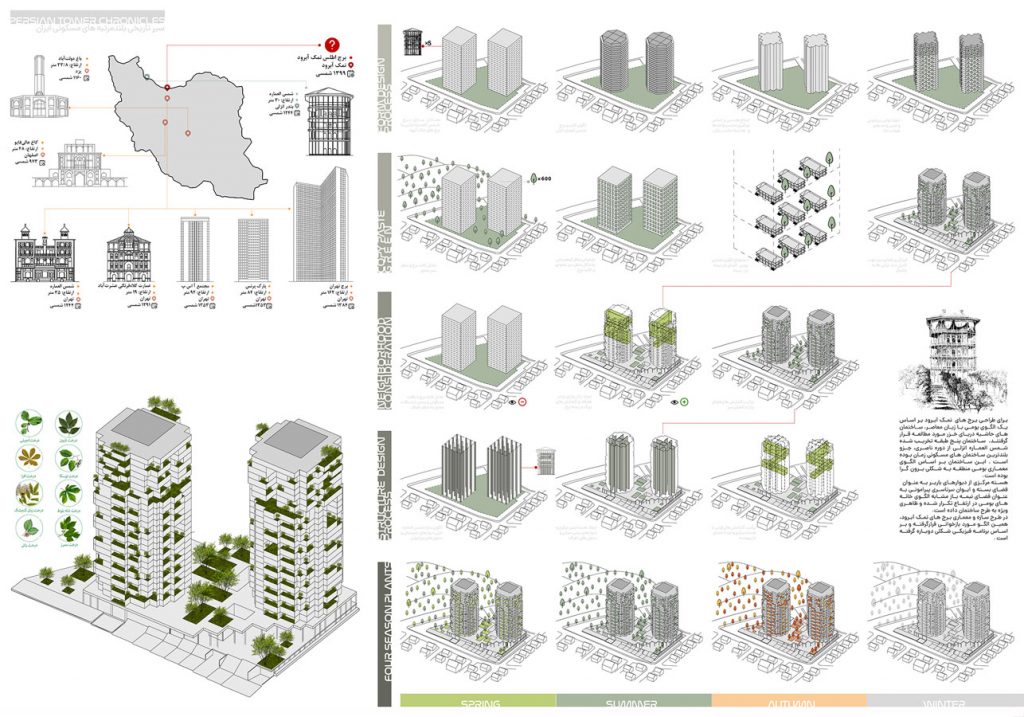 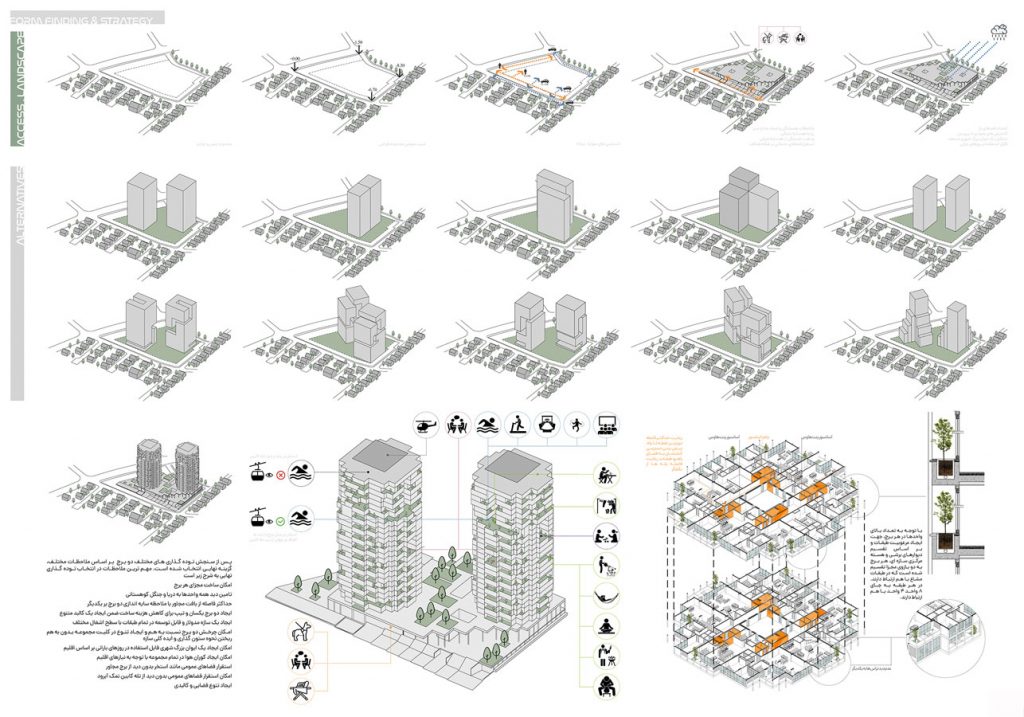 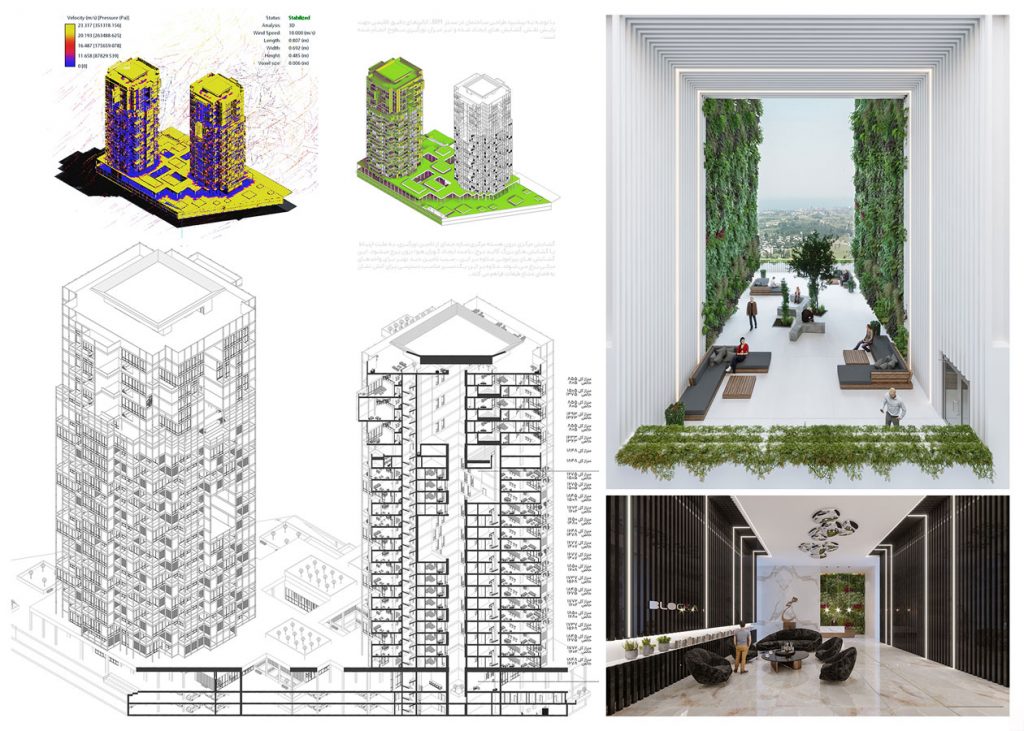 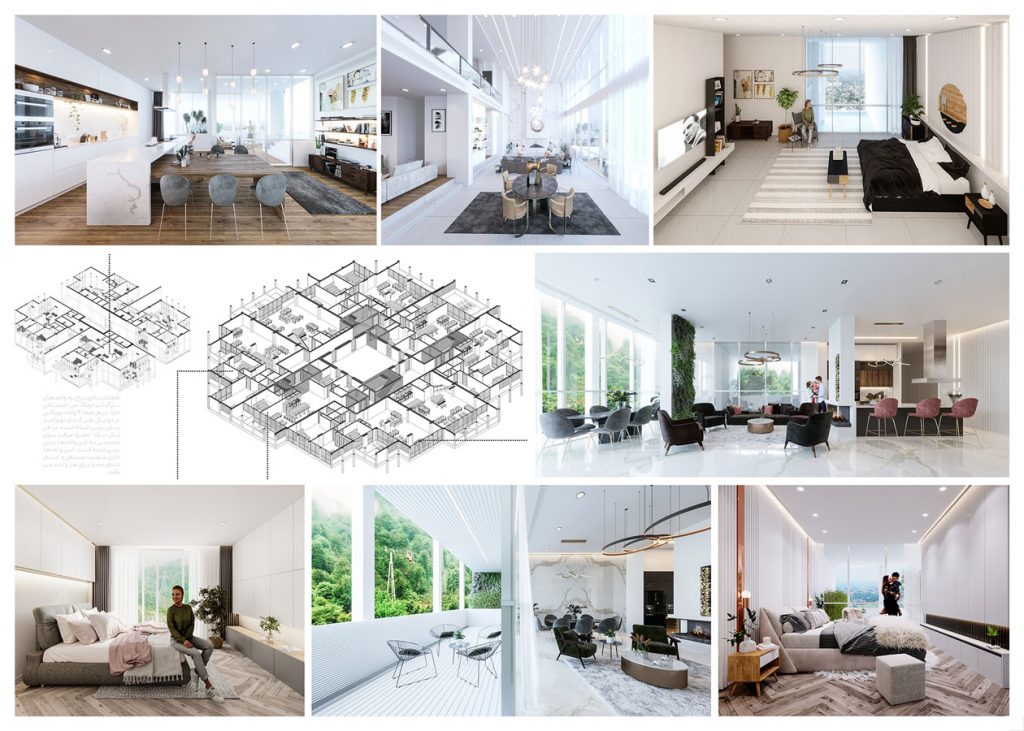 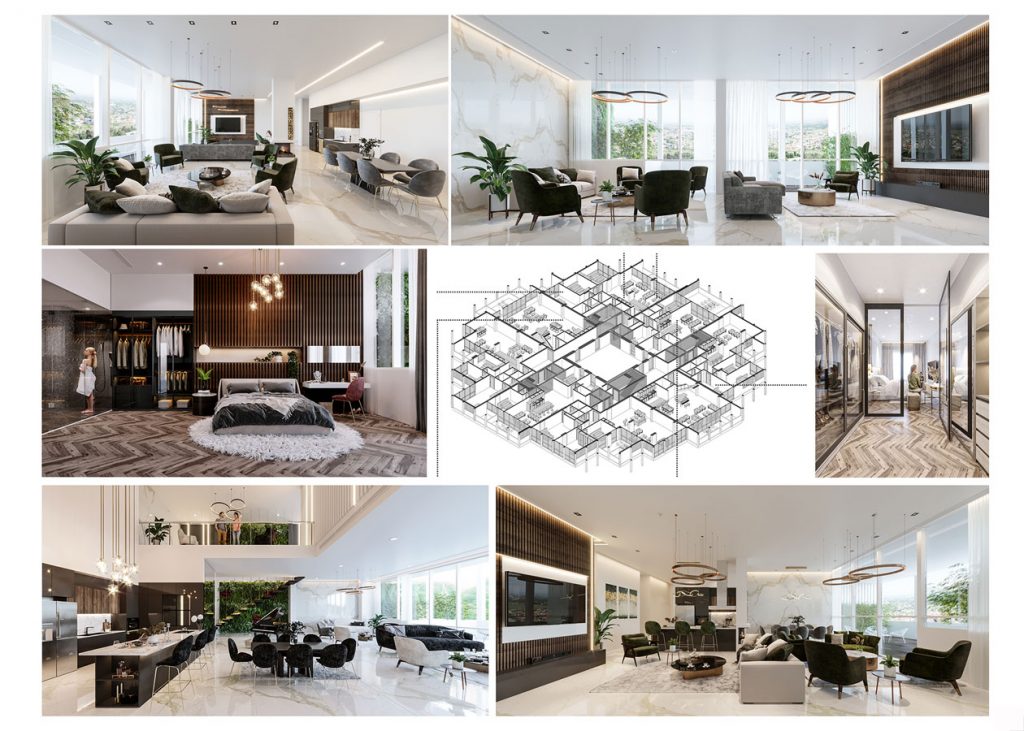 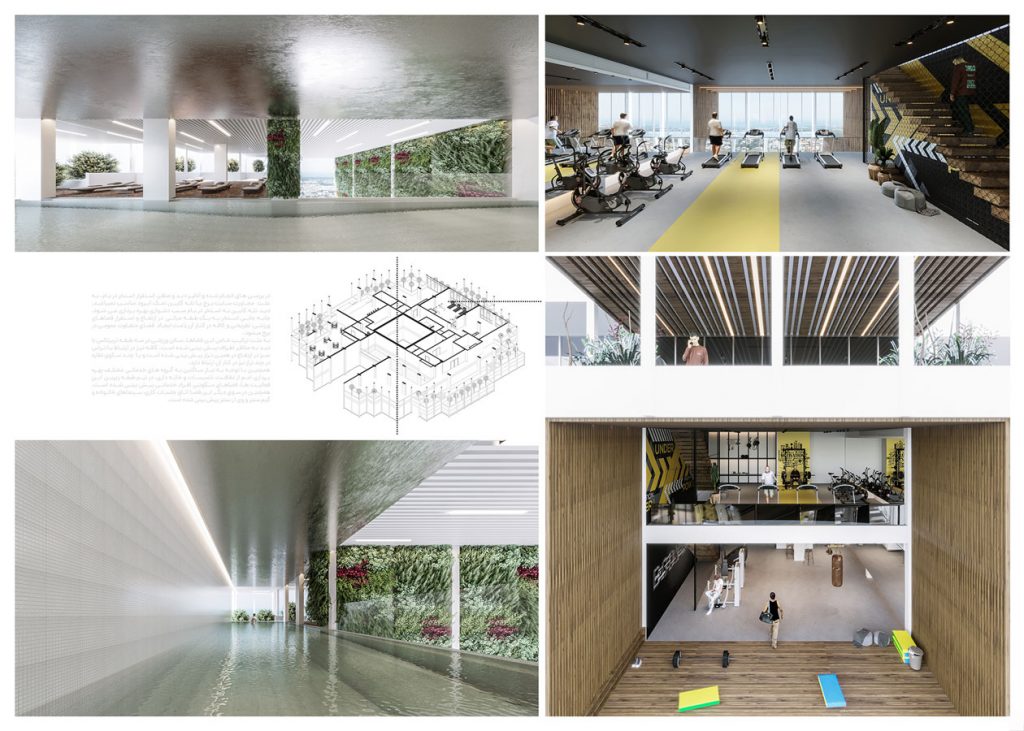 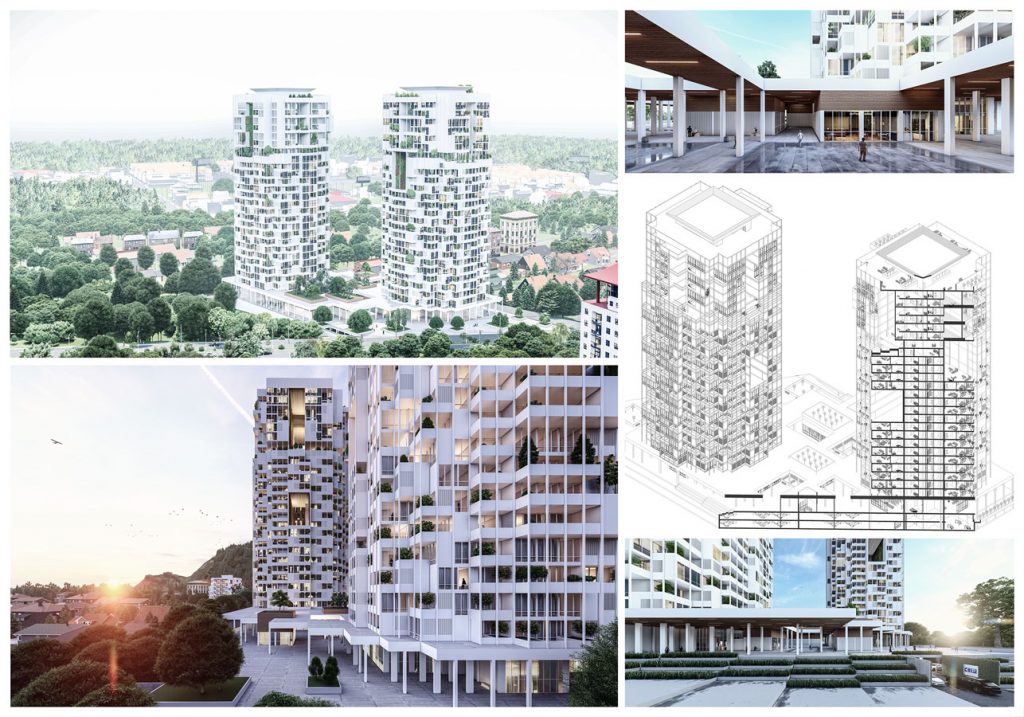 Shams Al-Amara building was one of the most famous and tallest urban buildings in Iran during the Qajar era.The architecture of Shams Al-Amara Tower is based on an internal load-bearing wall structure and surrounding wooden columns, and balcony and surrounding terrace is located around the tower. The tower has 5 floors and is made of stone and brick, and its porches are made of painted wood. This building was completely destroyed after the construction of the municipal building in 1927 .

The Architecture of Residential Tower

The Architecture Of Residential Tower is also based on the structural idea of ​​Shams Al-Amara building. In the design of the residential tower, due to the high population density (25 floors and 8 units per floor) on the one hand and the client’s desire in the design of the luxury tower on the other hand, several separate sections were formed.

It has been divided into several wings and created smaller neighborhood units. Instead of creating neighborhoods for 8 units, neighborhood units are created for 2 units. Vertical communication such as elevators and escalators is also predicted based on the same approach.The central core of the tower is dedicated to ducts and vertical circulations.

In the middle of this central core, there is an inner courtyard of 200 square meters, which is connected to the outer body of the tower in several ways. In this way, various views of this inner courtyard and public terraces to the surrounding landscape have been created.Around the tower, green terraces are provided for the units. These terraces are designed in such a way that the view of the neighboring terraces is controlled from all units.

Also, to design a luxury tower, on the 18th floor of each tower, a common space including a public swimming pool, gym, cafe, play area and laundry services is provided. Due to the aristocracy of Namak Abroud cable car, it is located on the roof of the pool tower on the lower floors and is hidden from the other tower by staircase views. 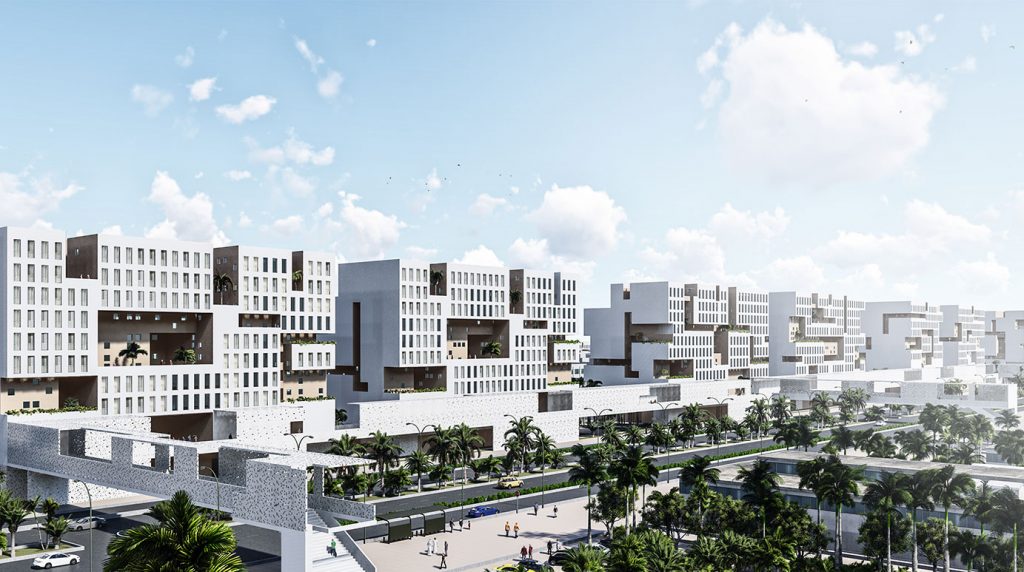 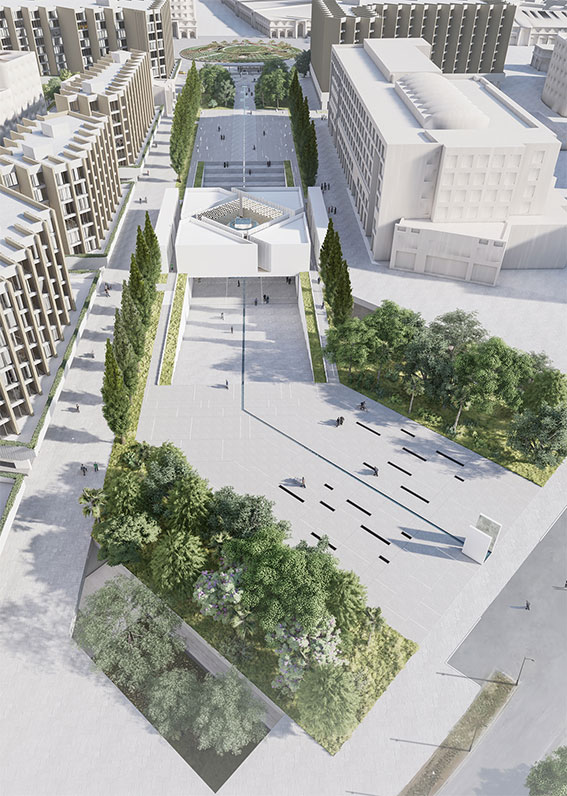