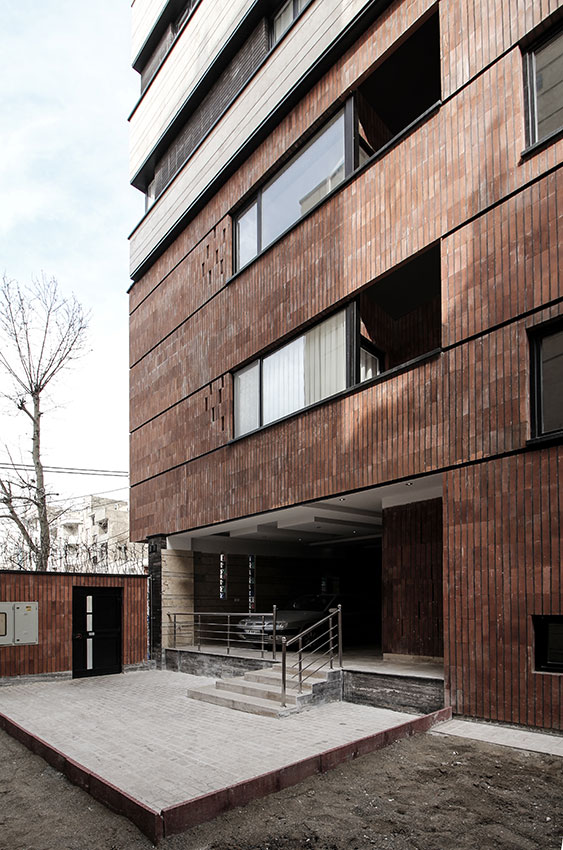 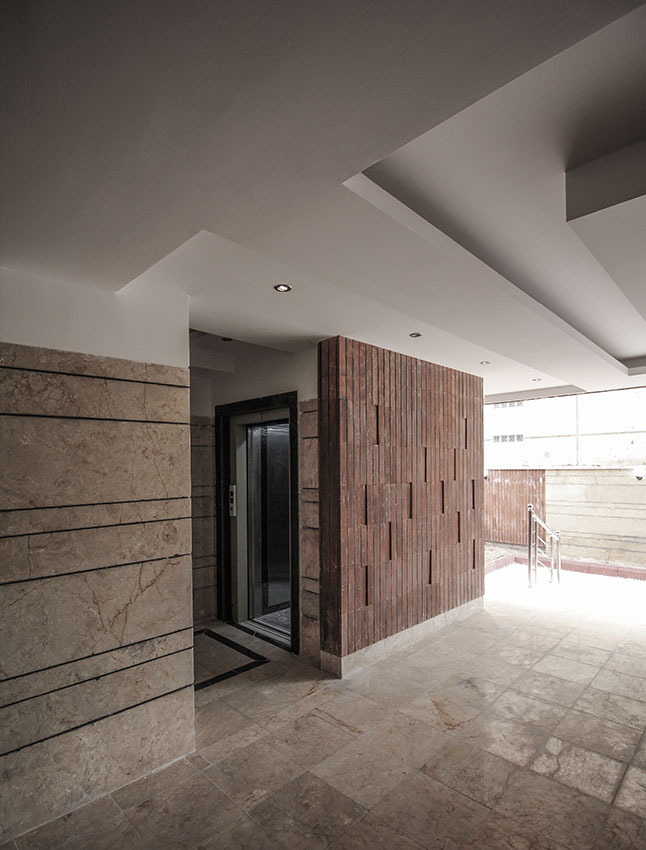 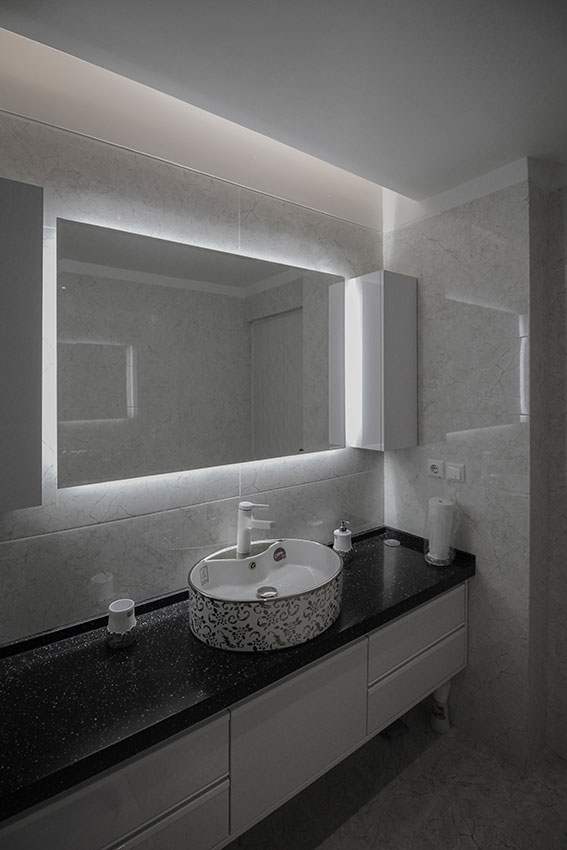 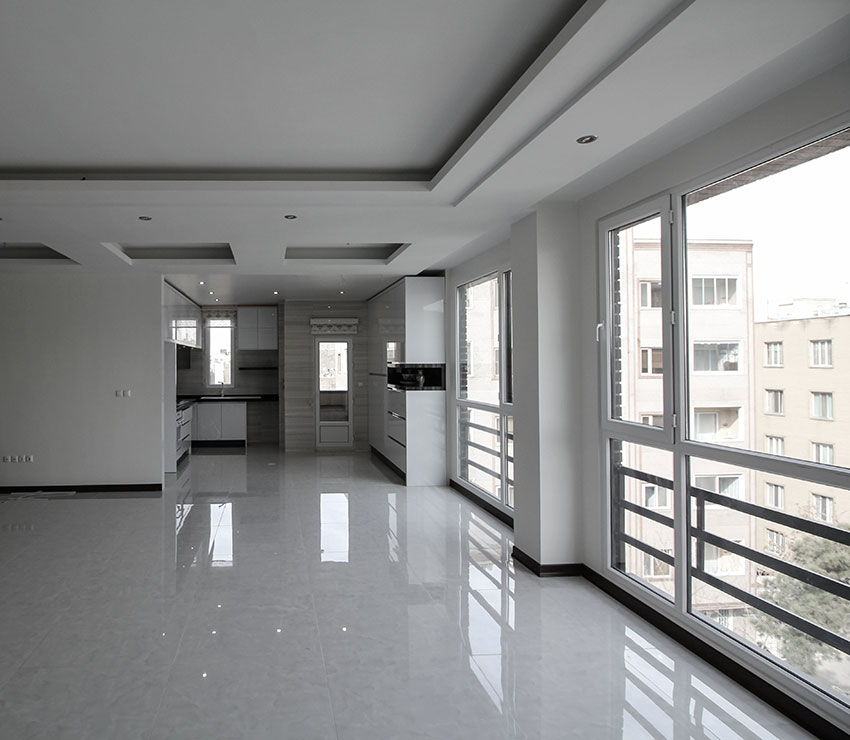 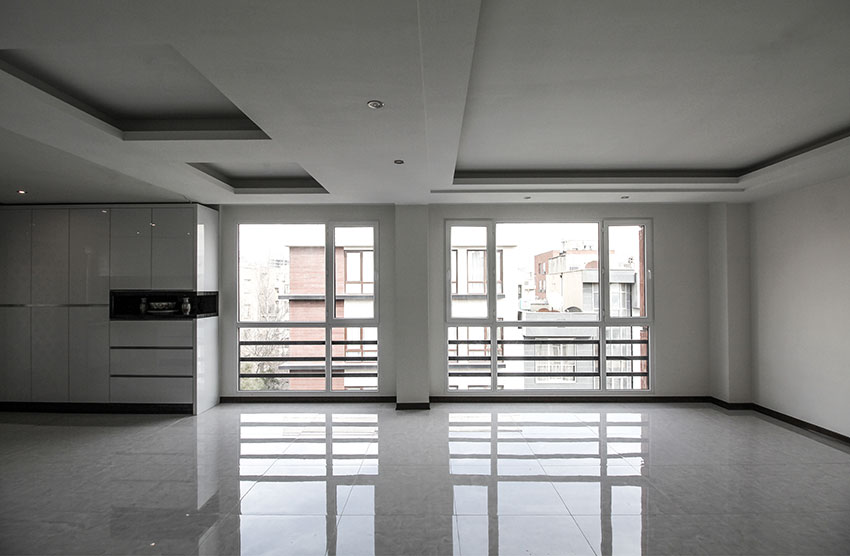 Apartment design of hadi apartment make it unique in neighborhood.

Narmak  is a neighbourhood in north-east Tehran, the capital of Iran. Located in the 4th and 8th regions, it has 100 little squares named by numbers  which some of them are big squares like Haft Hoz and Resalat. Some famous streets like Ayat, Hengam, Farjam, Dardasht, Golbarg, Samangan, Ghanbarian, and the Resalat Expressway are located in this neighbourhood. Narmak borders Shemiran-no to the north, Tehranpars to the east, Shamsabad to the west, and Vahidieh and Tehranno to the south.

The land located on intersection of 15 m width Street and 8m width alley. Due to municipality rules the prominence of façade in each sides limited to 20 cm. to make proper volumetric difference, façade is divided to two distinct parts. This two part move on top of each other and make different direction in each side of building.one part is covered by wood and the other part is covered by white trimmed stone. The Brick boxes move outside 20cm from the façade and the balcony in each parts this part emphasizing of movement of boxes. The rhythms of windows and openings make a black thick bar different in width swirls on the white stones. 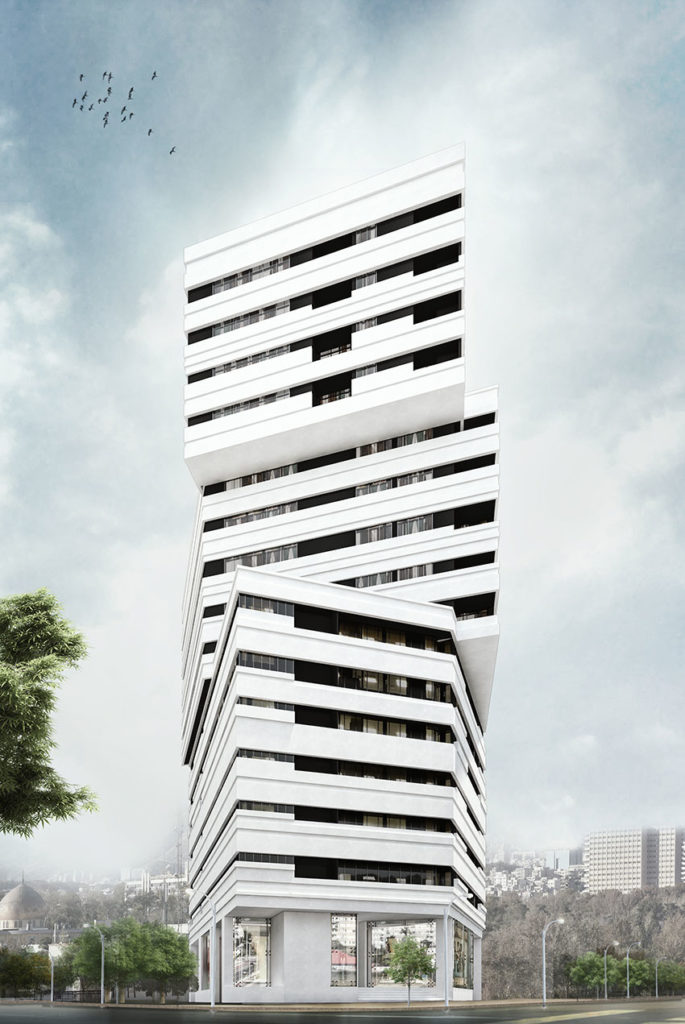 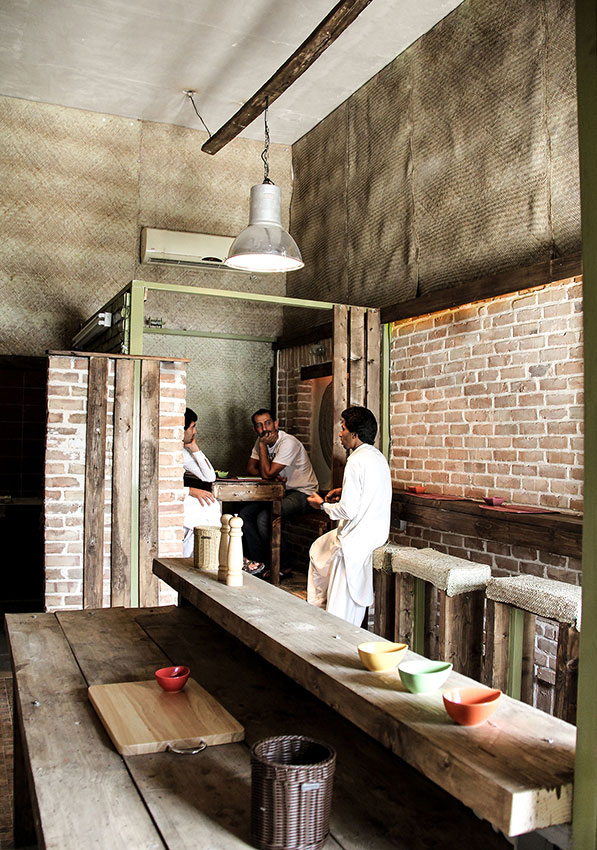