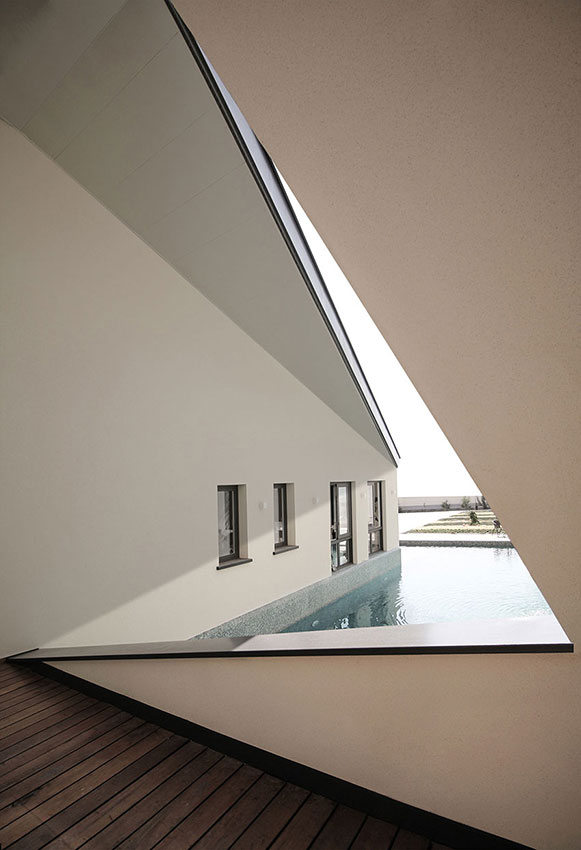 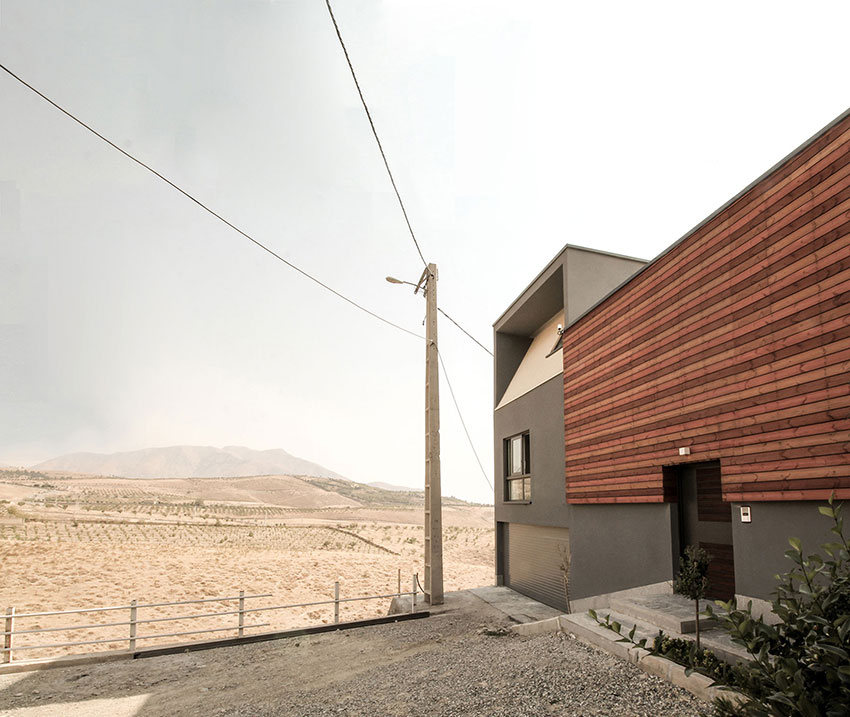 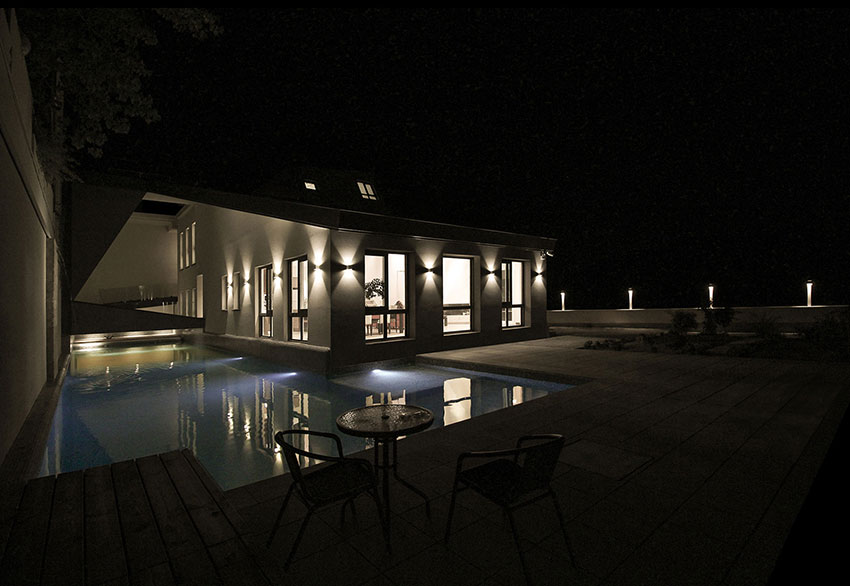 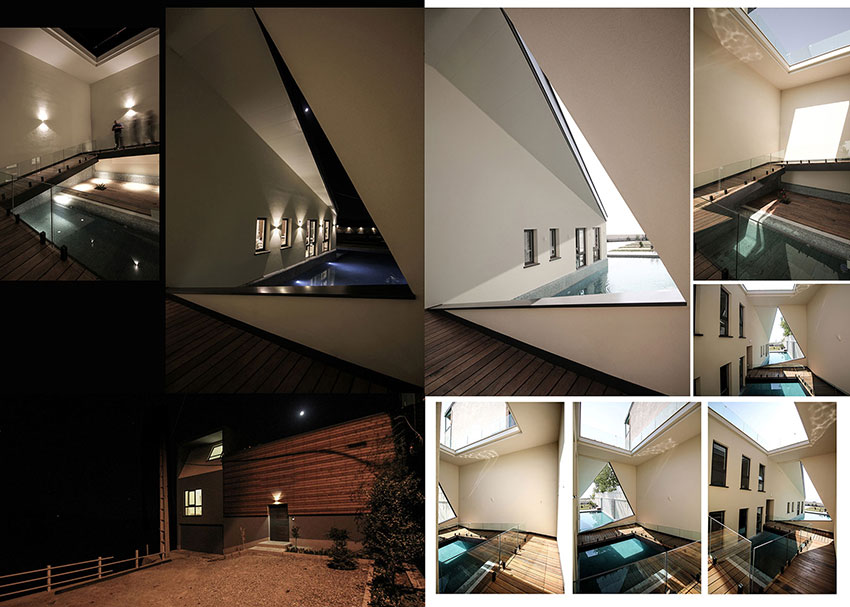 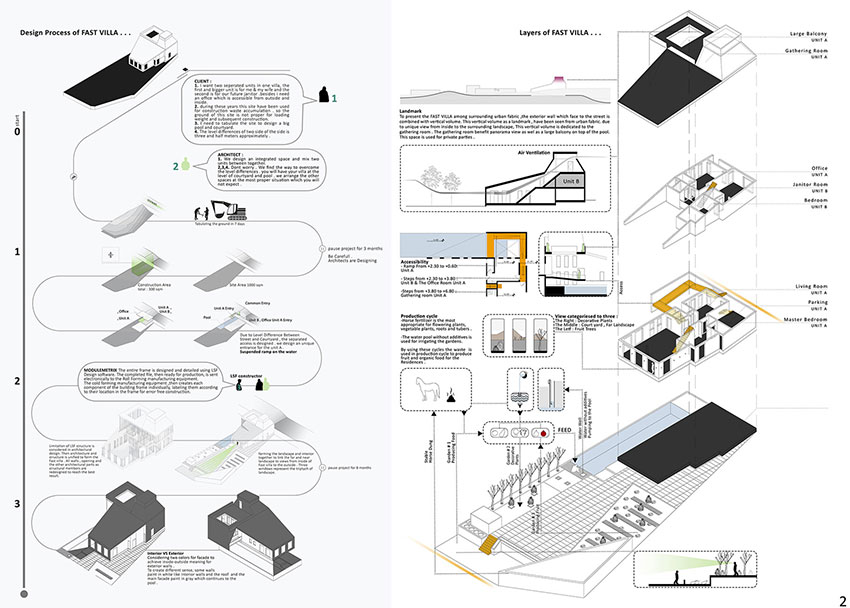 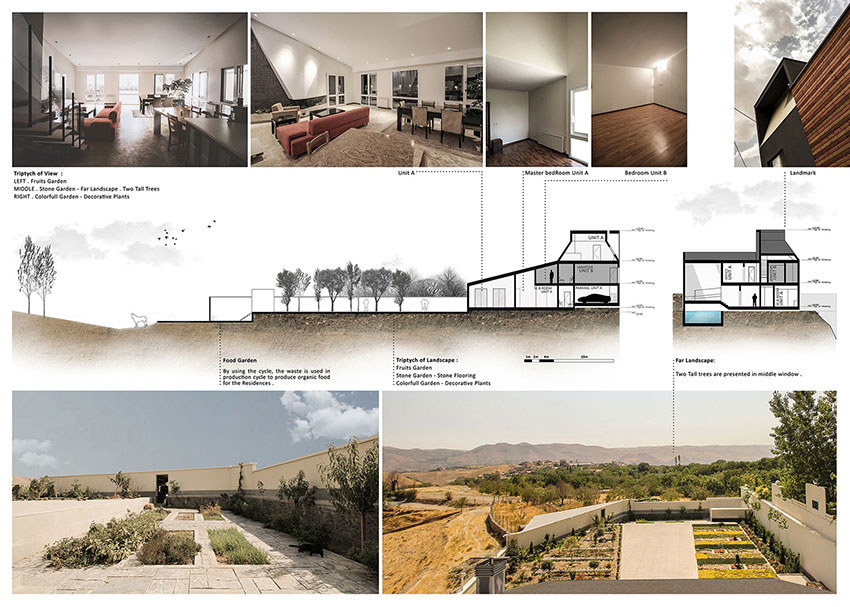 The client demanded a simple villa to leave the city for good. Renewable green energy, maximum view to Saboo plain, a 1000+ m2 garden including a 25 meter long pool, a place to keep domestic animals and one stable for two horses were the primary demands of the client.The client demanded a separate unit for a possible janitor or tenant because of low population density of the site’s location. This unit had to have a separate access, because it should not have any view to the villa or to the garden.

Due to the site’s slope, this unit was placed on a higher level for the janitor/tenant. The client’s villa was located on the same level as the garden’s. In order to make use of fresh air and a view to the surrounding mountains, a space was designed on top of the janitor’s/tenant’s unit for both sleeping times and intimate gatherings. There are many openings in this space together with a modern representation of a traditional windtower. There is also a big balcony in addition to the 25 m2 interior space.

The pool was placed along the common wall between the site and the neighbor’s property. This way, the pool does not have any exposure to the neighbor’s property. The level is higher at the site’s entrance, and entering the site while taking steps down would imply a feeling of entering a basement, which is not pleasant. As a solution, at the site’s entrance, a ramp slopes downwards and crosses over the pool before reaching the building’s entrance. This way, entering the site implies a unique and more pleasant feeling. As for the structure, pre-fabricated LSF (Light Steel Framing) was used, which is a pioneer in constructing pre-fabricated private villas in Iran.

The Common experience of space:

During Design process, Architect have the chance of improving the design and make a new decision to improve the project even during the construction. It seems a positive fact .however, unfortunately architect find their fault late. (After design process, during the construction) and may be they don’t understand what’s going wrong in one project. Beside it let the many possible faults happen during the design process of other projects at the same time. In IRAN, prefabricated design and construction have been neglected for many years. This Method just use for cheap housing in Iran. However, the prefabrication give many opportunities to designer to experience their design so fast.

The FAST experience of space:
However in the fast villa the story changes . . .
This project was full of new experiences for designer, constructor and the client. Designing the integrated space due to clients need (2 units in one villa) and prefabrication of this fast project, giving no chance to the group having any trial or error. Structural and architectural elements were unified. All the details had been specified for design group before manufacturing. Construction group were just facing some complicated structural-architectural codes. They had no image of final form during those 17 days. The construction process, from tabulating and preparing the ground to installing structure and erecting exterior and interior walls, covering the floors and Ceiling had been done in 17 days. 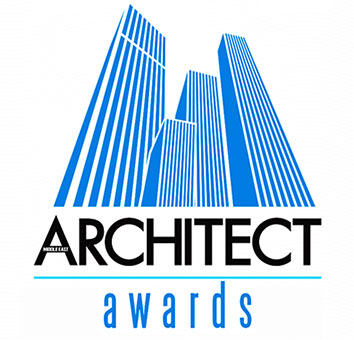 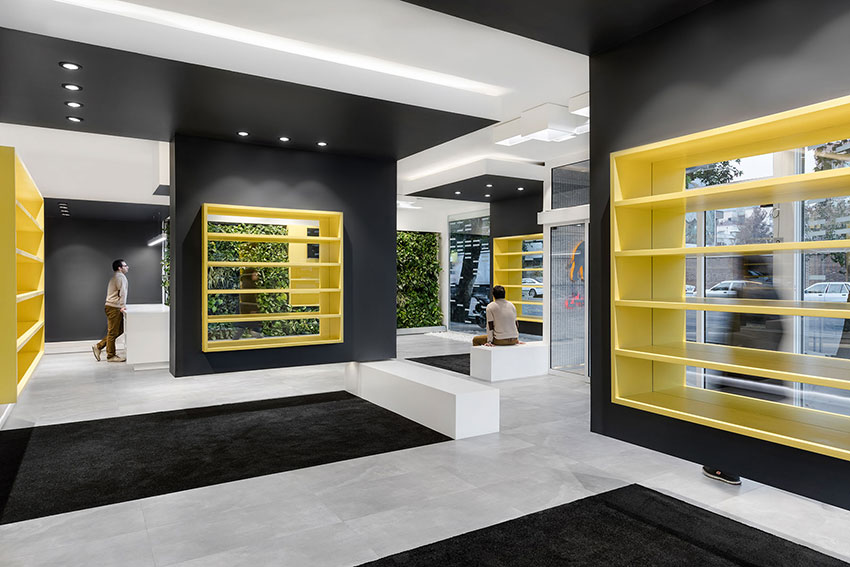