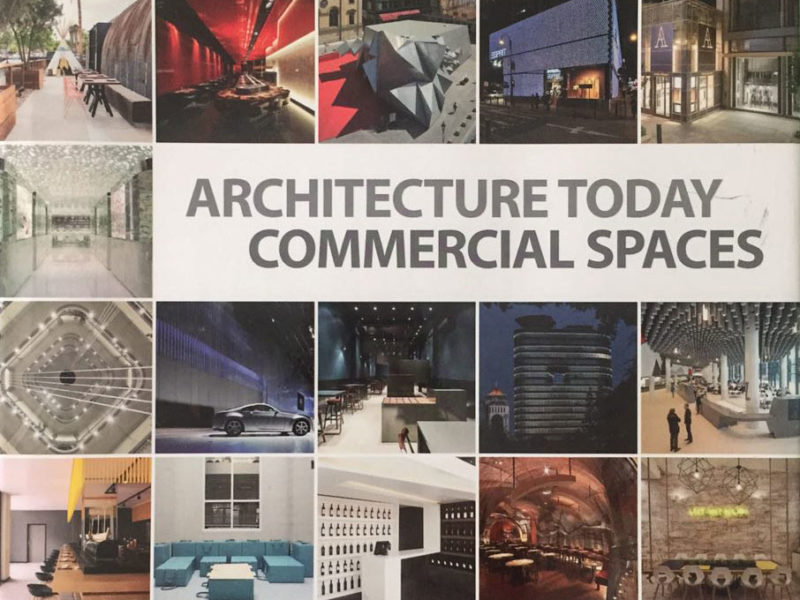 L.E.D Architects projects Has been Published in Commercial space Today  by Booq Publishing.

Booq Publishing, Barcelona, Spain, is a book Packager and publisher with a global vision. We develop book contents on Architecture, Design, Instructional and Fashion for publishers. booq also organizes co editions in more than 15 languages and sells rights. As a Publisher, we publish and distribute internationally Architecture monographs under our “Corporate Books” division.The new Book of This Publication titled ” Commercial Space Today” has published 3 projects of L.E.D Architects along with some nice and attractive projects around the world such as B.M.W Welt in Munich designed by Austrian architects Coop Himmelblau.

A compendium of fantastic projects by 26 of the most relevant professionals in this field. This new addition to the “Architecture Today”series presents exciting projects from around the world. Bars, restaurants, shops and boutiques, hotels, cafes… The role architecture plays in branding, marketing, and the ultimate success or failure of commercial ventures cannot be underestimated; indeed, the relationship between the architecture of these spaces and customer behaviour is an increasingly researched and highly specialised subject. This book illustrates the potential of such collaborations. A reference volume for retailers, shop designers, interior designers, window dressers, and architects. Chasht Restaurant, Navid Pharmacy and Vozara Tower have published in this book.Besides, Shahab Mirzaean the C.E.O of L.E.D Architects have been introduced by the writer.

Vozara Tower is located near one of the most important urban arteries of Tehran and have been seen from kilometers of urban context around. The tower benefits unique view due to being next to Saeei Park which is one of the favorite urban parks in Tehran.Vozara Tower is a 20 stores administration on one level store commercial. Commercial part as a base for the administrative tower would be linked to pedestrian view. This part is considered as a part of urban context by designing a plaza at the entry and using glass façade which produce maximum transparency and view between the city and the commercial part. Besides, designing an open green area to make a common space for administrative users on top of this part.

you can read more about these 3 projects here.