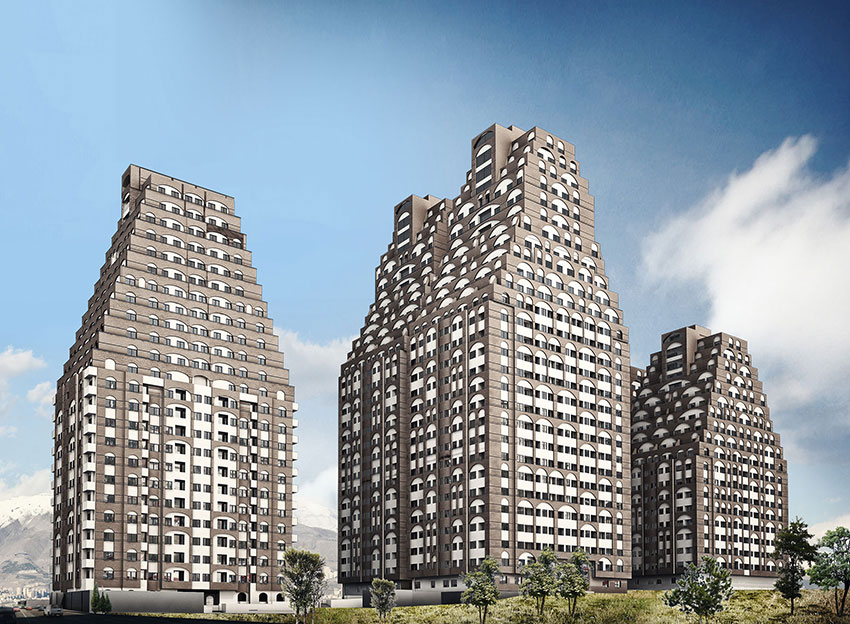 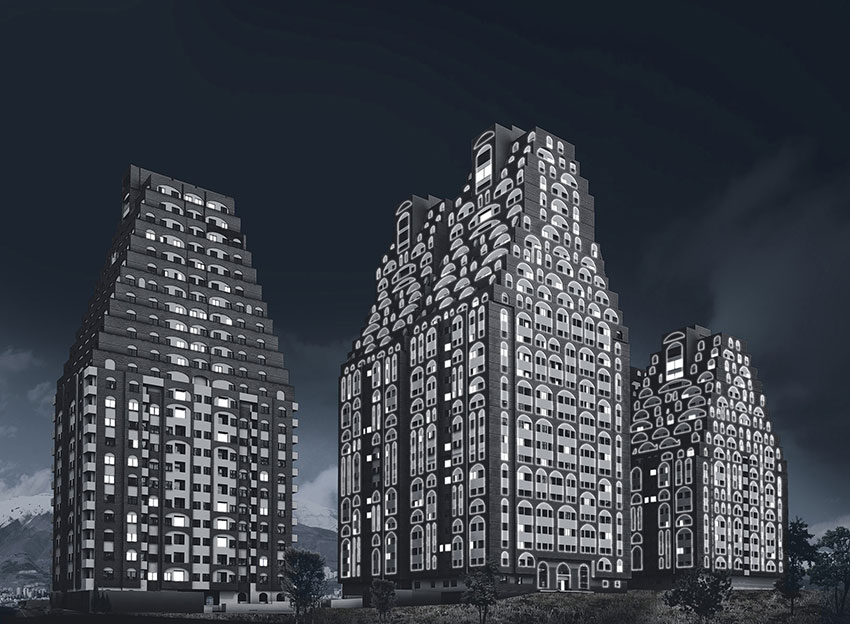 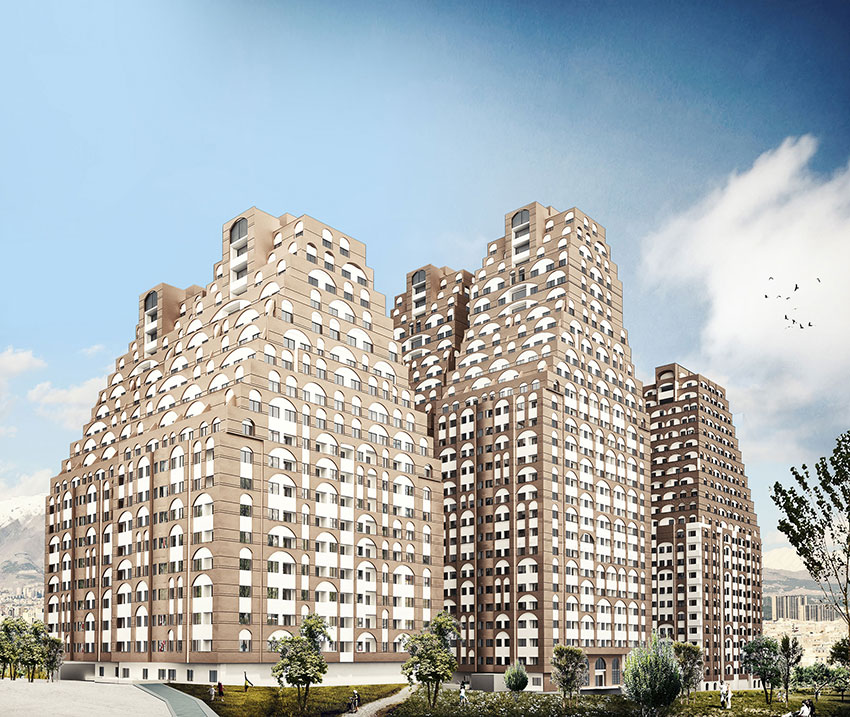 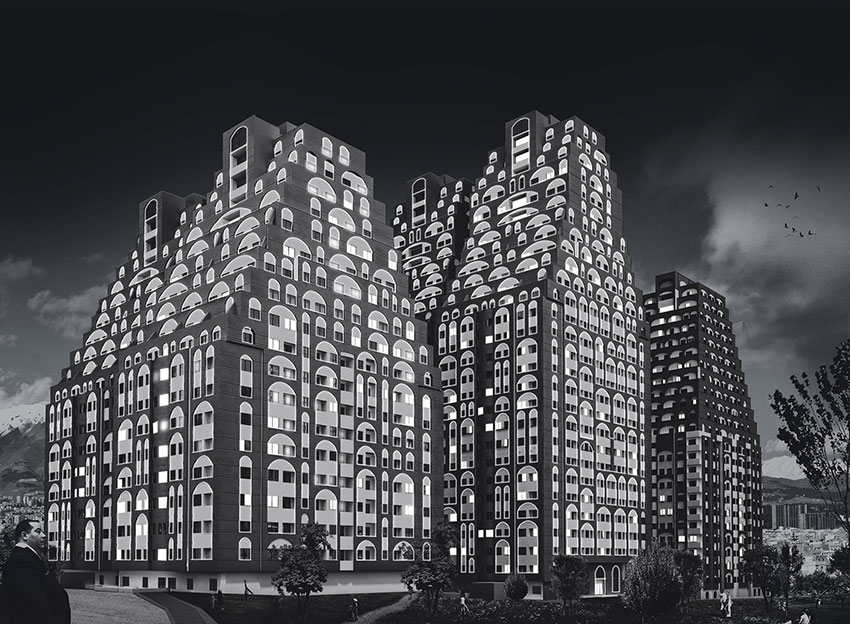 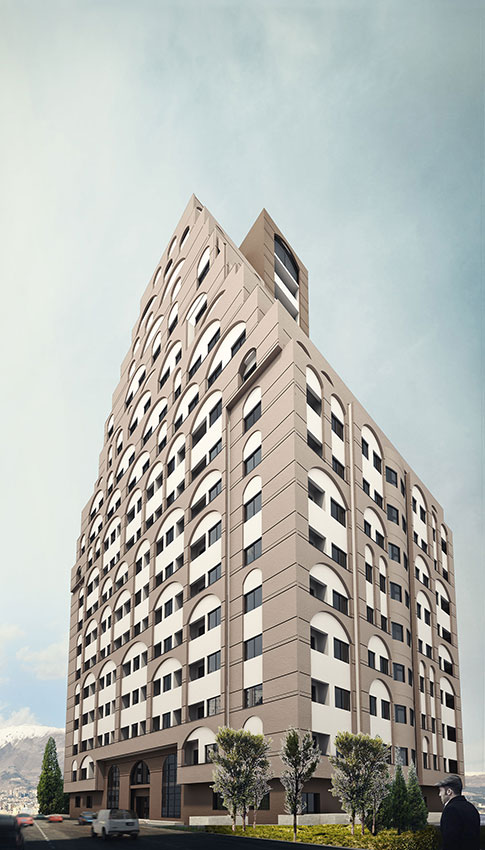 Morvarid residential complex design is based of traditional Iranian architecture.

The complex consists of 5 residential blocks with 18 to 28 stores. The high density and height of blocks comparing to urban neighborhood context. This issue lead designers to define a unique concept to make a monument in urban scale. At the first stage of design the traditional Iranian architecture in high buildings was investigated.

Iranian architecture displays great variety, both structural and aesthetic, from a variety of traditions and experience.Iranian architecture makes use of abundant symbolic geometry, using pure forms such as circles and squares, and plans are based on often symmetrical layouts featuring rectangular courtyards and halls.

The most striking are a marked feeling for scale and a discerning use of simple and massive forms. Also, the consistency of decorative preferences, the high-arched portal set within a recess, columns with bracket capitals.besides, the recurrent types of plan and elevation can also be mentioned.

The high traditional Iranian architecture follows two methods. The first one, make a colored gradient from earth to the sky, from light brown to the blue and the second one, make a proportion and composition of arches in the façade. The second method follows to design a texture on the facade.

The texture comprising different size of arches together defined a building as a unified structure. as a consequent, the high building more resemble to traditional Iranian architecture than a modern high-rise. the different Towers and blocks have a same textures. The textures on each block have a different appearance.

at the glance they seems similar. However, they are different completely. Also, at the night time these arches glow. In this fashion, The building has a different appearance through urban context around. 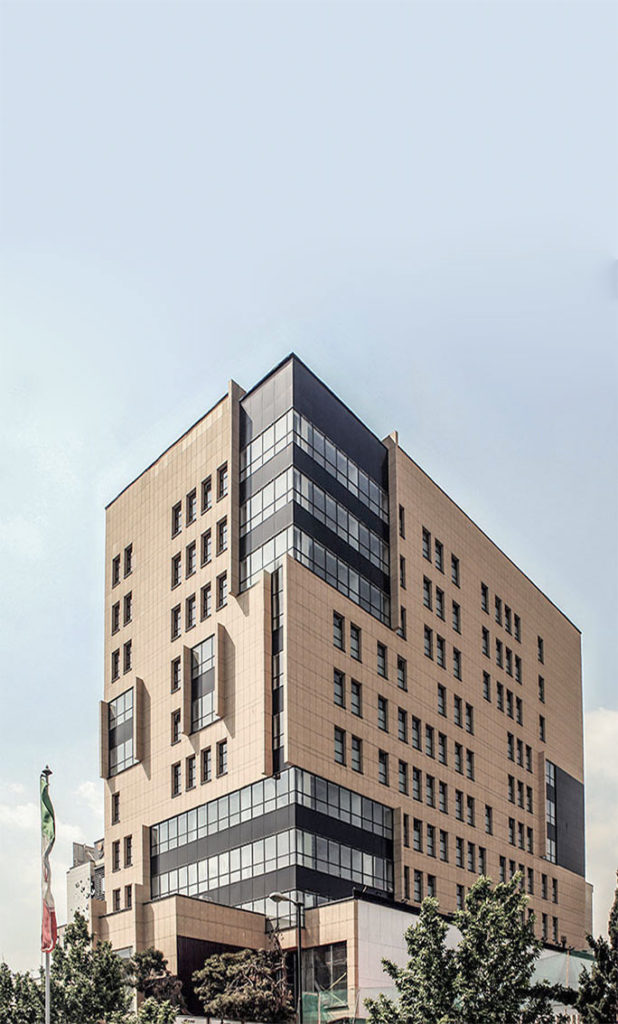